The department of Mathematics came into existence along with the establishment of the science stream in 1981 . Since its inception , the department has been trying to impart quality education to the student s of Science and Arts steam as well .Several professors served in the department temporarily . To name a few of them were Mr.kalyan Pujari , and Mr. Girindra Bora . Finally Mrs. Kukila Goswami joined permanently in the department in 1989 . Later Mrs. Moloya Bhuyan and Mr. Krishna Gogoi joined in 1989 and 1996 respectively . Presently these three members are serving the department though there are some contractual teachers.

The major course has been introduced in the department in 2011 only .Started with only one student in major course in 2011 ,the department has been able to establish itself as successful department with good results in the university examinations . As a result the number of students enrolled , is increasing year by year . At present the student strength is 43 in all the semesters.

Besides the academic activities , the faculty members and the students are engaged in various extention activities and activities in corporate life.

The department is constantly trying to create an awareness and zeal toward Mathematics and thus expecting more and more students in the coming years.

Mathematics occupies a very important role in the study of science and humanities too .So the vision of the department is to create an awareness and zeal among the students and also among the general people towards Mathematics so that the illogical phobia for Mathematics can be eradicated and students start to pursue and enjoy Mathematics. 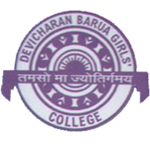